Maryville OBGYN at Women’s Care Group has some questions to answer about Endometriosis.

Endometriosis is a painful, chronic disease that affects over 6 million women and girls in the United States and millions more worldwide.

Endometriosis is a condition in which the type of tissue that forms the lining of the uterus (the endometrium) is found outside the uterus. It occurs in about one in ten women of reproductive age. It is most often diagnosed in women in their 30s and 40s.
Endometriosis implants respond to changes in estrogen, a female hormone. The implants may grow and bleed like the uterine lining does during the menstrual cycle. Surrounding tissue can become irritated, inflamed, and swollen. The breakdown and bleeding of this tissue each month also can cause scar tissue, called an adhesion, to form. Sometimes an adhesion can cause organs to stick together. The bleeding, inflammation, and scarring can cause pain, especially before and during menstruation.

The most common symptom of endometriosis is chronic (long-term) pelvic pain, especially just before and during the menstrual period. Although, some women with endometriosis may not have any symptoms at all.

Considered uncertain until proven by laparoscopy, a minor surgical procedure done under anesthesia. A laparoscopy usually shows the location, size, and extent of the growths. This helps the doctor and patient make better treatment choices.

Depends on the extent of the disease, your symptoms, and whether you want to have children. Endometriosis may be treated with medication, surgery, or both. When pain is the primary problem, medication usually is tried first.
Endometriosis can be a challenging condition to manage. An early diagnosis, a multidisciplinary medical team and an understanding of your diagnosis may result in better management of your symptoms. See your doctor if you have signs and symptoms that may indicate endometriosis.
Or contact the staff at Women’s Care Group with any questions.
Previous Post
Next Post
Close 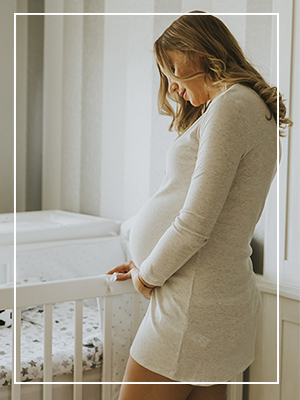